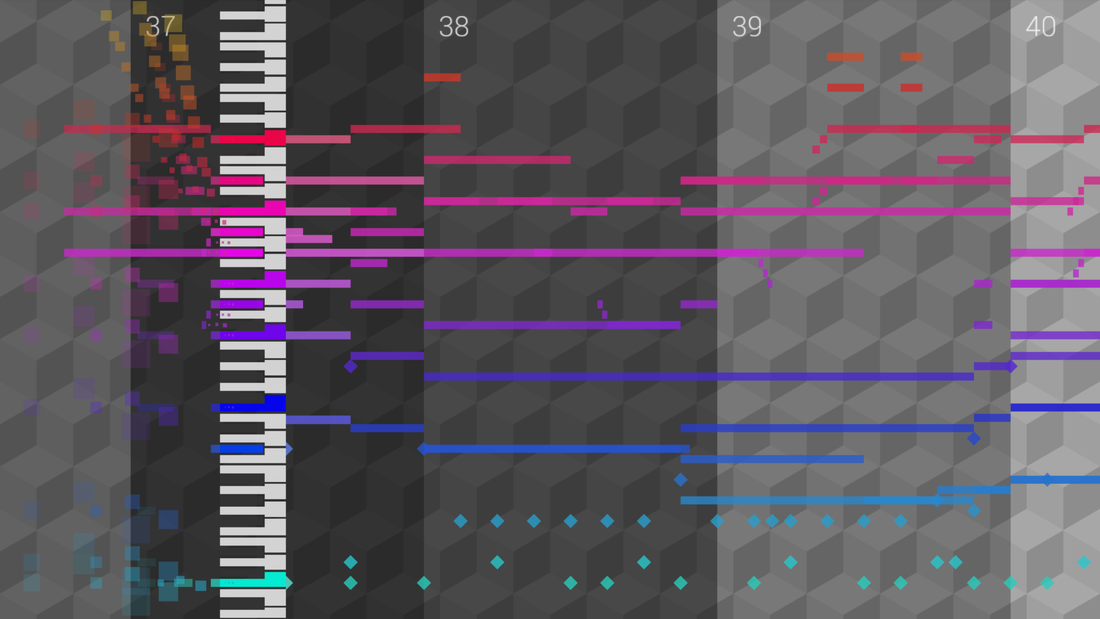 MIDIFall is a free and open-soruce MIDI score (SMF files) visualizer with these features:

No longer used in MIDIFall 3.0:

From v3.0, please visit the Github repository to access the source code or download the latest binary release.
https://github.com/Gawehold/MIDIFall


Note:
It is a performance update. No new features.
A big thanks to Bolk Kaì for reporting the bugs and helping me to do testing.

Notes:
The new update checker requires Java JRE. I didn't include it since it is pretty large and I believe many people have installed it.

I had tried to write it in Lua so that you don't need to install Java and you won't see a prompt screen, but I found it is pretty hard since it requires some 3rd party libraries. Meanwhile it is much much easier to do so in Java.

By the way, it takes some time to run if you check the "Check at startup" option in the "About" page and you don't have a very powerful computer. That's why I turn it off as default. In the future, I will make it asynchronous so that you don't have to wait for it to finish the checking before using MIDIFall.

I claimed that the jittered notes has been fixed in the previous update, but I can still see it.
The notes should look much better now, but there are still some rooms for improving the scaling inconsistency of notes.
Also, the timeline looks a little bit jittered especially in small resolutions.

Finally, I think the current control panel is very messy. I really want to remake it, but it is very complicated and will takes me lots of time.

Changed:
‧Hit animation size will be changed regarding to the key height now
‧Rendering resolution is restricted to the set of display resolutions
‧Some labels (e.g. T/F and true/false are changed to On/Off)
‧Some sliders' value range (e.g. the position values are within [0,1] now)

Notes:
Some early but important bugs/problems are fixed, and finally I implement the rendering feature, but please download FFmpeg win64 binary in order to make it works.
I didn't include it in the folder just because I am not sure about the license stuff of FFmpeg, and it will also make MIDIFall much bigger.
By the way, it is still not a exllcent way to record the video because:
1. Slow, around 3x realtime on my computer.
2. The colour is a litte bit strange, I don't know is it my computer's problem or not.

Anyway, it is a important and a litte bit huge update, that's why I name it 2.0 instead of 1.3, but it also implies there may be a lot of bugs, please notify me if you found it.

Notes:
The most important features must be the new value input approach.
I hate to mess with the sliders when I need a certain number.

New Features:
‧Value can be entered by tying (Click the value to edit)
‧Diamond Note (Enable it in the track panel, click the "Dia.:" button)
‧Mute all sounds